Alexander Hamilton, Revolutionary by Martha Brockenbrough was a Junior Library Guild selection. The only YA biography of the founding father, it covers his life from his ignoble birth to his tragic end, and is the perfect read for fans and people who want to understand more about the issues and personalities of the Revolutionary Era. 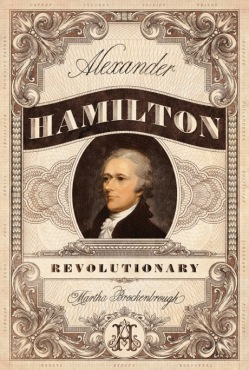 Lisa L. Owens is pleased to report that her 100th children’s title launched last month. Attack on Pearl Harbor is part of Lerner’s new Heroes of World War II series. It’s geared toward ages 8–12 and features exciting narrative accounts of heroism by military personnel fighting in the war and civilians living in its wake. Lisa enjoyed writing this book and is looking forward to an August 2018 publication of her three additional series titles.

In other news, School Library Journal recently reviewed Lisa’s August 2017 biographies about world explorers, A Journey with Hernán Cortés and A Journey with Sieur de La Salle, saying, “The writing is simple and direct, though rich with detail. Potentially problematic topics, such as the treatment of Indigenous people by invaders, are handled sensitively and honestly. . .These are first-rate research materials presented with much care for reluctant readers.”

Dori Hillestad Butler is thrilled to announce that her King & Kayla and the Case of the Missing Dog Treats was awarded a Theodor Seuss Geisel Honor Award.

Also, the fourth book in the series, King & Kayla and the Case of the Lost Tooth is now available. Kirkus says, “Each page includes illustrations that are often humorous and highlight the affection between King and Kayla… This funny, endearing addition to the series will delight early readers, especially dog lovers.”

Dori will be launching King & Kayla and the Case of the Lost Tooth at Brick and Mortar book store in Redmond at 7:00pm, Friday, March 2. March 2 is also Dr. Seuss’s birthday! Seems appropriate given the Geisel honor award for the first book in the series, but the launch was planned before the award was announced. Dori will also be launching her 7th Buddy Files book, The Case of the P-O-U-N-D Pet, which was illustrated by OAV member, Dana Sullivan. If you’re in the area, please stop by Brick & Mortar on March 2 and help Dori celebrate!

SeattleOpolis’s newest bookstore, Brick and Mortar Books in Redmond, WA, hosted the launch and the place was packed!

Dana enlisted the help of his award-winning Red Velvet Cape Players to act out the book, followed by a kids-only trivia contest (brilliant kids!), a drawing demo, and some tough questions by the audience (Q: “What do you do about mistakes in your art?” A: “Celebrate them!”). There were Super Selfies with Mateo and Alonzo and yes, there was Red Velvet CAKE! Dana wants to make it clear that although his name is on the cover, a book is truly a team effort, with family, critique groups, agents, editors, publishing teams, friends, teachers, librarians, booksellers, and cake bakers ALL contributing to make it SUPER!!! A Red Velvet Thank You to all of you! 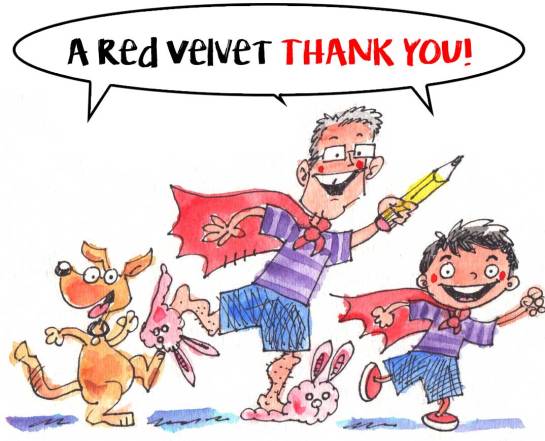 We're a group of experienced children's and young adult authors and illustrators who enjoy visiting with students online (and in person, too!).

At OAV, supporting those who are working to effect positive change is a top priorty. From feeding the homeless in our own communities to educating young girls half a world away, all of our authors have pledged to donate a portion of their virtual visit fees to charity. We are pleased to give to the following non-profit organizations:
- Ashoka
- Alaska Wilderness League
- Care to Learn
- EmmauelsDream.org - First Book
- Fiver Children's Foundation
- Humane Society of the United States
- Moyer Foundation
- Orphans Africa
- Page Ahead Children's Literacy
- Rare Breed Youth Services
- Reading Education Assistance Dogs
- Reading Is Fundamental
- Star of Hope Centre
- We Need Diverse Books